ADHIKAAR: Awareness Campaign for Women and Child-related Laws and Rights

Lack of legal literacy is a major handicap in the process of right-based women empowerment measures.

One of the most effective methods of ensuring rights of women is to build their capacity in asking for those rights, by disseminating knowledge about the laws of the land related to them. 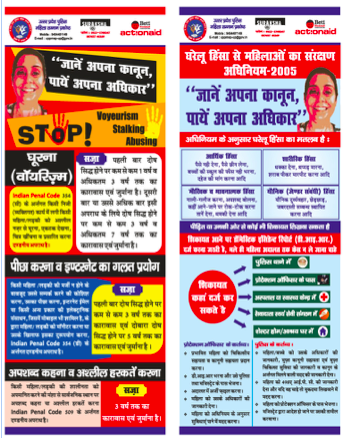 Adopt various ways and means by which awareness about these laws is generated amongst the target groups in a simplified and easily accessible format.

Apart from spreading awareness, knowledge of these laws also deter the perpetrators as they highlight the relevant punishments in detail. 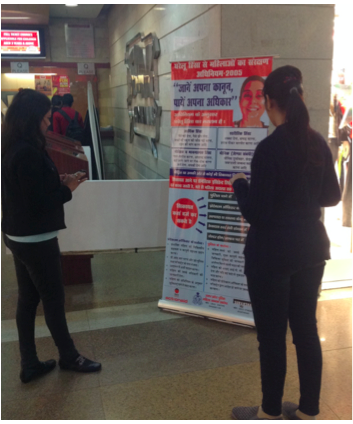 Mahila Samman Prakoshth runs a series entitled, “Know Your Laws, Ask for Your Rights” (“Jaane apna kanoon, payein apna Adhikaar”) under which more than 50 standees have been erected in public places, educational institutions and offices across the State which give lucid information about these laws. Handbills, posters, booklets and other IEC materials regarding the same have also been widely distributed.

These present an easy and accessible summary of the legal provisions regarding topics like Protection of Women from Domestic Violence Act, Sexual Harassment at Work place Act and offences related to acid attacks, stalking, voyeurism and obscene acts/comments in public places etc

The websites of MSP as well as the Information Department of the State also carry information about these laws along with FAQs related to them which can be easily accessed.

Free legal counselling is also being offered by the Prakoshth to the needy at the MSP HQs.

On the occasion of the International Women’s Day this year, three novel campaigns were started in the State for the first time:

(c)The information on the handbills have also been converted into Braille for the benefit of visually impaired women and children and are being distributed to the concerned organizations.

Nominal cost to MSP since the IEC material is sponsored by reputed NGOs. 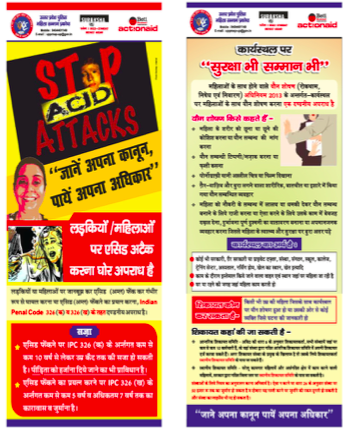 The programme has reached out to about two lakh women and children through various means as it has been tied up with the RU-BA-RU and SAATHI-Citizen Cadets programs of MSP. Its ingredients have been discussed at several conferences, panel discussions, round tables, radio and TV programmes SMS and other platforms as well as leaflets distributed through insertions in daily newspapers.